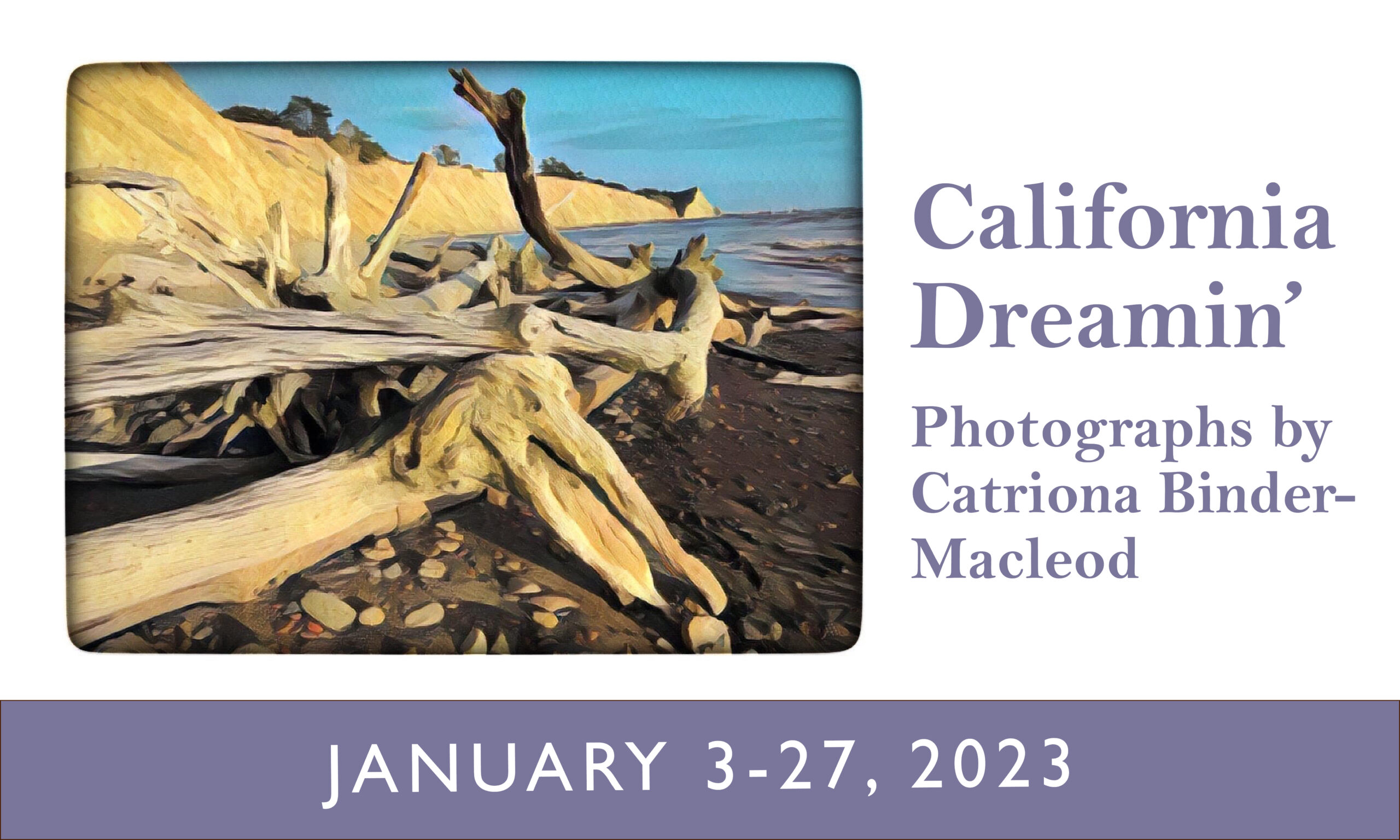 An exhibition of phography by Catriona Binder-Macleod on display from January 3 to 27, 2023. Artist reception will be Friday, January 13, 6:00-8:00pm. Admission is FREE and open to all.

Catriona offers her inspiration for this show:

I have always yearned to be a Californian, since I first landed there after driving cross country with a girlfriend in 1977….. a Thelma and Louise kind of scenario….. recklessly driving a convertible Thunderbird down Route 66…. but in our case it was a Pontiac with a canvas bag of camping gear strapped onto our roof.  It was a large canvas bag that flew off our roof in Iowa and recklessly landed on the freeway and narrowly escaped being run over by a truck.

My girlfriend realized her dream and got herself a job in San Francisco.  I ended up in Georgia, a different landscape.  Verdant, fecund, and lush, the thick air filled with a cacophony of sounds throughout the long humid nights.  Kudzu grew rampant over abandoned buildings in a matter of weeks, live oaks were draped in Spanish Moss and mistletoe hung from the poplars.

However, I longed for California; the dry crisp air smelling of redwoods and eucalyptus; the thunderous surf crashing in brilliant blues and whites beneath rocky golden cliffs…sea lions and otters playing among the rocks.  I longed to wander in the national parks of Ansel Adams with their towering granite cliffs, majestic sequoias and spectacular plummeting waterfalls.  So much sky!  Such a big landscape, such a big world.

I returned to California annually for many years.  Then life intervened and I got married, had kids, a house, and responsibilities.  My kids grew up and then my daughter inherited my dream.  She got herself a job in California, then a husband, and then kids.  So now I am again Californian dreamin’.