Paul was a longtime friend and supporter of the NAA, and a former member of our Board of Directors. We were heartbroken to lose Paul, who did a great deal for our local art community, including the funding of public works of art.

We were incredibly honored by Paul’s bequest, which has provided this organization with a sense of financial stability and the knowledge that we can manage through lean times. It is often recommended that a nonprofit maintain (at minimum) three months worth of cash reserves on hand, and that six to twelve months of cash reserves is preferred. This cash balance stabilizes an organization’s finances by providing funds for unexpected cash flow shortages, expenses, or losses. It has been reported that the national average for nonprofits is to have approximately nine months worth of cash reserves on hand, and Paul’s gift brings the NAA close to having this balance. We just can’t thank him enough for the faith he placed in this organization.

Our fundraising remains as vigorous as ever, as we continue raising funds to pay for our annual expenses.

After graduating from Newark High School in 1972, Paul Schlosser attended the University of Delaware. Paul was owner and operator of Schlosser & Associates Mechanical Contracting Inc., a family business that first opened in 1954. He was a past President of PHCC (Plumbing-Heating-Cooling Contractors Association) and past President of DCA (Delaware Contractors Association).

An avid Triathlete, Paul was a USA Triathlon Association All American. Paul competed worldwide, earning several awards. He was an age group winner in numerous national level triathlons and represented Team USA in the 2006 ITU World Championship in Switzerland. A proud accomplishment of his was completing the Weet-Bix Iron Man in New Zealand in 1996.

As a young man he played football, rugby and baseball. He enjoyed swimming, bowling, and traveling with his wife, Sheila Papa. He also had a deep appreciation of the arts. 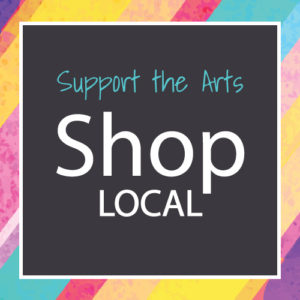 What’s in the Shop